Friday, September 2nd
After a full day of visiting Space Center Houston, I drove to Baton Rouge, Louisiana, to stay with Joel, a friend of a friend, who kindly offered to put me up for as long as I wanted to visit.  We had stayed in communication throughout the day, and I was really looking forward to meeting this guy; he seemed like a lot of fun!  It was a 5-hour drive, and I didn't arrive until 11pm, but he's a bit of a night owl, so it worked out fine.

He took me to The Chimes Restaurant and Bar, next to Louisiana State University, (where he's getting his master's in vocal performance), and we had a great time getting to know each other over drinks and southern cuisine (aka greasy, fried food): hush-puppies with honey n butter, stuffed shrimp, fried shrimp, stuffed crab, crab-fingers, catfish and oysters - oh my!  And it was fun bantering with our waitress who really let herself go, since it was her last day - she's movin' to France!

Saturday, September 3rd
Today I took Joel to run errands at Home Depot and such, and then we picked up a box of wine (classy, lol) and I got him hooked on a favorite television show of mine, "Nip Tuck," a heavy drama centered around the lives of a couple of plastic surgeons - with no holds barred, no topic taboo, always trying to push the viewer outside of their comfort zone.  Afterward, he took me to George's, "The South's Friendliest Gay Bar," where I ended up meeting Chris, a very nice guy from Colorado.

"Since it was founded in 1718, New Orleans has marched to the beat of its own drum.  For two centuries, those in control of the Louisiana state government have tried in vain to impose their prejudices on a city that is French, Spanish, Creole, African, Catholic, pagan and very gay (in both senses of the word).  If nothing else, New Orleans knows how to throw a party, from the world-famous Mardi Gras to other, more specialized celebrations."

"What began as a little costume party is now a world-famous gay celebration.  In the 40th year, it has mushroomed from a small gathering of friends to a Labor Day weekend tradition, attracting over 110,000 participants, predominantly gay and lesbian, and generating almost $125 million in tourist revenue.  This annual economic impact ranks it among the city's top five tourist events."

"Southern Decadence Grand Marshals described it to one reporter as 'a happening of haberdashery fit for an LSD Alice in Wonderland,' Southern Decadence 2011 will be as outrageous as ever and live up to its reputation as New Orleans' largest gay street fair.'"

Upon arriving in the afternoon, we parked near the French Quarter's Welcome Center (for free!) and walked down to boisterous Bourbon Street, which is where all the action was taking place, and the parade had just wrapped up.

Then we met up with his friend Clay, who was famished after a day of work, so we went to Landry's Seafood, an upscale-casual Gulf Coast-style seafood restaurant with 24 locations throughout the south.  Say what you will about chains, but the New Orleans-style ambiance was fun, and I had the best "BBQ Shrimp" I've ever tried.  It wasn't the bbq shrimp that usually comes to mind - it came as peel n eat shrimp on a french bread hoagie, smothered in gravy, topped with scallions.  It was fantastic.

Then the three of us walked over to Cafe Du Monde, the "Original French Market Coffee Stand," (established in 1862!) for their famous beignets.  "Brought to Louisiana by the Acadians, the beignet is a square piece of dough, fried and covered with powdered sugar."  Yep, carnival food, accessible at the cafe 24 hours a day.  Thank god I don't live here, lol!

Clay went back to work, while Chris and I went back to Bourbon Street, to take part in the Decadence depravity, lol.  The colorful crowds filled the streets, bars and balconies, but even still I was somehow spotted by my friend "Adonis" I met when I visited Vegas!  It was surreal and surprising; I couldn't believe he was here, too!

The three of us walked around a bit, before finding comfort and conversation at Tropical Isle, an over-the-top decorated, fun-filled bar with live music and the "Hand Grenade" - a strong alcoholic cocktail drink and Bourbon Street tradition, ever since the Louisiana World Exposition in 1984.  We danced the night away and met some friendly folks - the air was filled with laughter and celebration.  We went to a bar across the street for a little bit after Tropical Isle, then Chris and I were tired and made the 90-minute drive back to Baton Rouge.  What a great day!

Monday, September 5th
Chris was off for Labor Day, so we enjoyed each other's company today, as well!  It was pretty relaxed, especially after such a wild night of sensory-overload.  We just hung around his home, playing video games and watching episodes of South Park (hilarious!).  For dinner, we went to the store and grabbed a frozen mushroom n spinach pizza, added sun-dried tomatoes, and whipped up a simple salad - hit the spot!

Tuesday, September 6th - THE LOSS OF A FRIEND
Today was one of the most emotional days I've had in a very long time.  This morning I sent a message to my friend Richard to say hello.  I had no idea it would go unanswered and that the same day I would be contacted by a family member of his, with news that Richard took his life today.  No one knew why, no one had any details; everyone was at a loss for words.  Richard was a very deep, very private, very kind and compassionate person.  H was one of those rare individuals you could literally trust with you life, or your darkest secrets.  It was a reminder just how fragile, how precious, how fleeting life really is.  How one minute you can have a friend, and the next minute they can be gone.  I left these words for him on a virtual memorial wall: 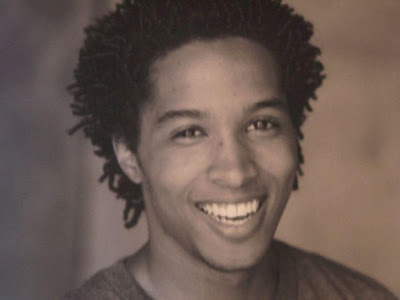 Richard, you were always a light, and will continue to be a light in my life, and I wouldn't have moved back to Minnesota had I known you needed someone to love and understand you. I didn't know you were struggling. It's really hard to know you're gone. You could have reached out to me; I would've been there for you. You wouldn't have been a burden. You are a reminder there are two sides to every person. There is what we see and what we don't see. What we show, and what we don't show. I will try to make a point of being more discerning.

You always had a smile and a genuine hello. You were one of the kindest, most humble, most authentic people I've ever had the gift of knowing. You let me be myself around you and you liked me anyway. Thank you for your friendship, even if I didn't deserve it. I will keep your memory and the wonderful times we've shared, vivid in my mind - you will not be forgotten, my friend.

Friday, September 9th
Today I took Joel to get groceries - he LOVES grocery shopping.  No, really, I seem as if I'm exaggerating, but he's a self-professed grocery-shopping FANATIC.  Yes, it's weird, but we went to the store with a list of about 5 things, but we were there for an HOUR!  I've never seen someone so distracted by a Sale sign or a can 'a tuna, lol.  It's a good thing he's not a hoarder, haha.

Then he showed me around the campus at LSU.  We took funny photos with the statue of Mozart (nothing's sacred, lol) in the School of Music Building, and then we paid a visit to LSU's official mascot, Mike the Tiger - a live Bengal tiger!  Though he's not in the wild where tigers should be free to live like the wild animals they are, this isn't a bad second choice.  "In 2005, a new $3 million habitat was created for Mike, which features state-of-the-art technologies and lush plantings, a waterfall, a flowing stream that empties into a wading pond, and rocky plateaus. The new habitat ranks among the largest and finest Tiger preserves in the country and expanded Mike's home from 2,000 to 15,000 square feet.  Can you make some room for me, Mike?  Not too shabby.

On the way back from campus, Joel took me to Roul Deli, a laid-back cajun-style sandwich shop, where we split the catfish & shrimp po' boy sandwich (deep-fried deliciousness!).  And of course we watched Nip Tuck upon returning to his place :)

Later I went over to Chris' and we made home-made, hand-rolled pasta (complimented with Italian bread and cheap wine of course, heh heh)!

Before leaving Louisiana a few days later (see other blog entries), I spent the 12th-15th catching up on emails and blogging, with periods of Facebook and Judge Judy distractions, lol.


THANKS FOR EVERYTHING JOEL!!! =)
PHOTO ALBUMS
Baton Rouge
Southern Decadence 2011