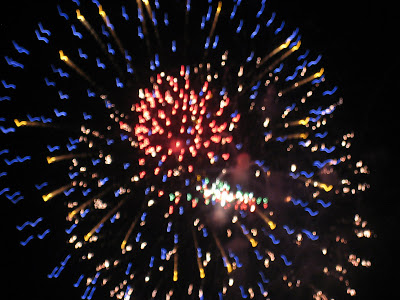 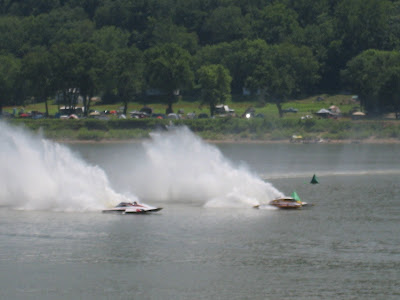 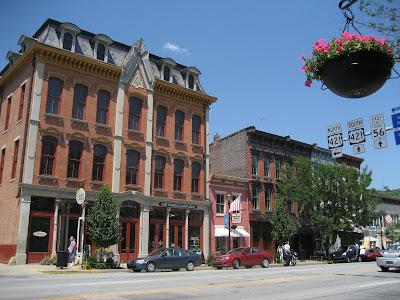 "The meandering Charles Kuralt sang high praises of Madison, an American 'Princess of the rivers' founded in 1809 and named for the then-president James Madison. This sleepy town of 13,000 on the Ohio River in southeastern Indiana holds more 19th-century architectural beauties per block than any other place in the state - or most parts of the country. Its entire downtown area (approximately 1,500 residential, commercial, and industrial structures) is listed on the National Register of Historic Places - a rare and intact mix of Georgian, Federal, Regency, Classic Revival, Gothic, and Italianate buildings.

Of the many landmarks favored with views of the river, the most visited is the Lanier Mansion (1844), the Greek Revival home of a railroad magnate. You can also visit the Eleutherian College (1848), the nation's first to admit students regardless of race or gender and a staunch opponent of slavery. Walk the self-guided tour of homes and learn of the town's role in the Underground Railroad, admire some of the most elegant wrought-iron work north of New Orleans (much of the railings and fences in the Big Easy were produced here), and don't miss the grand fountain on Broadway.

The town's handsome Main Street is a particular point of pride, shaded by 200-year-old trees and lined with ornate 19th-century storefronts with appealing boutiques and cafes. A noticeable absence of fast-food joints and franchises evokes a nostalgic atmosphere."

As I drove down Main Street into town mid-morning where I scoured the streets for a parking spot, it was impossible to miss all the wonderful, historic buildings I would be visiting later on. Anyway, I made my way to the entrance of the 2010 60th Annual Madison Regatta - "Indiana's Largest Lawn Party," where I watched the fastest boats in the country compete in weekend races. Later I grabbed a brochure from the Visitor Center and made my way down the streets appreciating all the old, well-maintained structures.

After watching the Regatta I went to a local seafood place that was amazing! Lots of yummy, oddball things at their salad bar like pickled watermelon rind! After that I caught their air show and fireworks over the Ohio River. It was an amazing evening!

The next day I went back to the Regatta for more racing and food, and then later in the evening I went to a corn field in a college town called Bloomington for fireworks. They gave hands down the BEST fireworks show I've ever seen!


Clip of Dancing Lady at Bloomington Fireworks Show...she starts in her chair:


Clip of Dancing Lady at Bloomington Fireworks Show...time for her to get up; the contrast of her husband's lack of any emotion or excitement is the best, lol!:


She wasn't done when the fireworks were over, oh no, she was just getting started...