Charleston and Pen-Pals in South Carolina 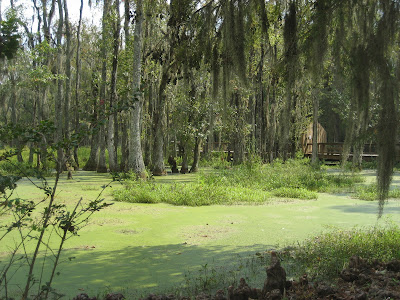 Saturday, September 11, 2010
I got into Charleston this evening and made sure I knew how to get to David's house.  David was my CS host, but unlike the others, he was actually letting me stay in his home, while he would be out of town!  He knew Greg, my host in Maryland, and after talking with him and learning of my sterling reputation, lol, I was pleasantly surprised with a phone call from him yesterday, sharing the news that he felt comfortable with me staying at his place while he was gone.  After finding his place and getting settled in the guest room, having never been to Charleston before, I left for a crazy night out on the town. Okay, maybe not quite.  I had my oil changed and went to bed early, lol.  I know, I'm a wild guy and you can't handle it.


Sunday, September 12, 2010
"At the time of the American Revolution, Charleston stood as one of the young nation's largest. wealthiest, and most dynamic communities, a city some called Little London.  Plenty of cities have since surpassed Charleston in population, but this sultry and gracious metropolis at the confluence of the Cooper and Ashley Rivers remains unparalleled in charm.  Its downtown historic district contains one of the nation's largest collections of colonial architecture, not to mention a fair share of distinctive Victorian beauties, all handsomely preserved."

I was stoked to try some real Southern cookin', so my first stop was lunch at Jestine's Kitchen for sweet tea, sweet pickles, corn bread with honey butter, "Oyster Po' Boy" (deep-fried oysters on a hoagie roll topped with chipotle sauce) with slaw and perfectly season fried okra, and the super rich chocolate-cola cake.  The food was soooo good, the service was outstanding, and even the friendly (and notably TALL) owner Dana (who was actually working side-by-side with her employees) checked in on me and welcomed me back anytime (whenever I eat at restaurants by myself, people assume I'm a food critic, lol).


After finding the strength to stand up and roll myself out, I grabbed a map of the area's historic landmarks and was snapping photos in no time!  I took the Ashley River Road National Scenic Byway (the quintessential drive lined with live oaks draped in the famous Spanish moss that comes to mind when thinking of the Old South) to the old plantations, including Boone Hill Plantation which is approached by the Avenue of the Oaks, a corridor of oak trees dating back to 1743, and the setting for scenes in such films as Gone with the Wind and The Notebook.


I don't like coffee, but even still, David recommended I check out Hope and Union coffee shop - he swears they have the best coffee I could ever wish to try.  I can't comment on the coffee (it all tastes the same to me), but it was the modern interior design of the place that I was impressed with, and the warmth of the staff and clientele.  Then I explored the beautiful homes and their perfect curb appeal, and impressive historic buildings of downtown, including the Charleston Museum - the country's oldest, founded in 1773.


I returned home (David's place) and went through his movie collection (he has good taste), selecting South Park to occupy my time before David he would get home.  When he got in, I asked him how his charity bike ride went, and he took me out to a favorite dive bar to meet his friends and listen to live bands.  We had a great time!

Monday, September 13, 2010
Last night I received a wonderful phone call!  It was my pen-pal of mine of a few years now, Daniel, and he asked me to come stay with him and his boyfriend David (lots of Davids in SC, lol) in Columbia, woo-hoo!  I had never met him before; we first started sending messages to each other when we discovered we were both huge fans of the movie, "Death Becomes Her," my all-time favorite comedy since adolescence. How can you beat Goldie Hawn, Bruce Willis and Meryl Streep?  You can't.  Anyway, I said my goodbye to my CF host David as he left for work, and I made my way to Columbia, the capital of SC.  I was just sitting around blogging at the Starbucks as Daniel and David were at work.  David sent me a message to introduce himself and welcome me into their place, and it wasn't before long that we spent the next couple of hours doing nothing but exchanging "Death" quotes.  I want his job, lol.  When he discovered I was already in Columbia, he enthusiastically invited me to lunch and treated me to some super good pizza at a place a few blocks from his work.  We hit it off right away, no awkward "ice-breakers" necessary, just a ton of goofing around.  Some people don't understand my quirky sense of humor, but if they do, fun is in store =)


I drove to their place after they got home from work, and I finally got to meet my wonderful pen-pal Daniel!  We had a blast at Eric's San Jose Mexican Restaurant, where I sipped a margarita the size of my head and got to know my new friends more.  And what do you think we did after dinner?  Watched Death Becomes Her and QUOTED EVERY SINGLE LINE of course!  So much fun!

Tuesday, September 14, 2010
Tonight when the D's got home Daniel and I went to the grocery store to pick up food for dinner.  We were doing an Italian night, and Daniel put his mad cooking skills to work, whipping up his famous baked mac n' cheese (HEAVEN), and eggplant parmesan, and we had wine and watched Adventures in Babysitting, lol.  I hadn't seen that movie in FOREVER!  I never realized until watching it now as an adult, just how BAD it is!  So bad it's good, lol!

Wednesday, September 15, 2010
This morning we said our goodbyes (didn't want to leave), and I parted ways with the incredible D's.

I called Sheila, an old acquaintance of mine from my hometown in Minnesota, who I haven't seen in years!  She saw my adventure on Facebook and let me know she had recently moved to Hilton Head South Carolina!  I met her at an Italian place where she generously treated me to salad and pizza, and we got all caught up.  Her husband does auto repair & detailing, an industry which she said has really slowed down in MN.  He got a job offer in Hilton Head this past June, so they went down for a week to see what it's like, fell in love with the place (and the weather!), and like that, they started their new chapter!  No more shoveling snow, multiple wardrobes, warming up the car...yeah, I can see how someone could get used to that!  I was totally spoiled with the weather when I lived in Los Angeles; it wasn't as easy doing the harsh winters when I moved back to Minnesota.

Sheila showed me all over the place - Old Hilton Head with that traditional South Carolina feel, her new home, the cool Visitor Center where I learned that the area of water around HH is one of the few places on Earth where the unique behavior of strand feeding can be observed.  This is when the dolphins will come all the way out of the water onto the bank to devour their meal!  And of course no trip to the HH is complete without hitting the beach!